Deal or no deal? Will there be a People’s Vote or a delayed Brexit? March 2019 is a month that will decide Britain’s future, but who knows what that it will bring? There are still so many uncertainties surrounding Brexit. But one thing is certain – Manchester has some cracking theatre in March that will help take your mind off what’s happening in Westminster.

Here is a selection of what you can catch in Manchester’s theatres this month:-

A SKULL IN CONNEMARA – OLDHAM COLISEUM

“I had a drink. She had no seatbelt on… Pure drink driving is all it was”… Or was it?

Seven years ago, the wife of Mick Dowd, the local gravedigger, died under mysterious circumstances. Although he pleads his innocence, claiming it was a drink driving accident, this is not enough to stop the local villagers casting their aspersions. Rumour has it, Mick murdered Oona. When his job leads him to exhume bodies from the graveyard, he discovers that her bones are missing.

Penned by the Academy Award winning writer of In Bruges and Three Billboards Outside Ebbing, Missouri, this is a delightfully dark comedy, perfectly poised with mystery and intrigue. Only a “feckin idjit” would miss this skull-cracking play!

You can read my review of the show here, and head to Oldham Coliseum’s website to book tickets.

The magnificent Hope Mill Theatre will host the UK’s premiere of Rags the Musical.

It tells the powerful story of Jewish immigrants as they arrive in New York to start a new life in America. A young mother and her son search for a sense of belonging in this heart-warming tale of love, hope and optimism.

Accompanied with a musical score, from the songwriters of Wicked and Annie, that captures the multicultural music that was filling the streets of New York in 1910. The streets may not be paved with gold, but the music that reverberates around them signals opportunity and hope.

A year ago, I would never have thought about going to watch an opera. I had many blind conceptions about opera that were proved utterly wrong when I watched Opera North’s Tosca. Now a convert to this art form, I have been eagerly anticipating Opera North’s return to the Lowry with their new programme:-

The Magic Flute  = An epic take about growing up and learning to love, Mozart’s opera follows Prince Tamino on his quest to rescue Pamina, daughter of the Queen of the Night, who is held captive by the Priest of the Sun. 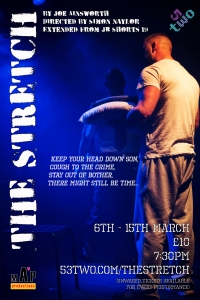 Based on real experiences, this newly extended play follows Lee as he finds his way through a ten year sentence in prison after making a terrible mistake. The Stretch is a powerful and poignant play showing the highs and lows of prison life. It also focuses on the struggle offenders face trying to rehabilitate themselves back into society.

When government funding of the prison service is chronically low, this feels like a startlingly relevant story, exposing the impact that austerity cuts have had on prisons and their inmates.

You can buy tickets here. 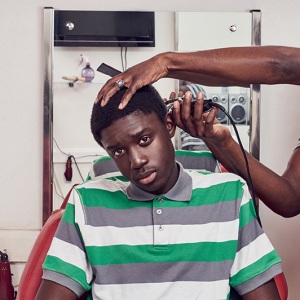 For generations, African men have gathered in barber shops. They are the social hub of the community. Whilst the men get their hair cut, they talk about everything from football to politics. The attentive barbers become sages, role models and father figures.

Barber Shop Chronicles is a co-production with the Contact Theatre, Fuel, the National Theatre and Leeds Playhouse.

Tickets can be purchased through the Royal Exchange Theatre’s website.

Featuring classic Motown hits like I Heard it Through the Grapevine, Aint No Mountain High Enough, and My Girl, this musical dramatises the life of Berry Gordy, the founder of Motown Records.

Starting with  just $800, this rags to riches story shines a deserving spotlight on an overlooked legend. This is a man who undoubtedly changed the musical world, establishing the careers of legends like Michael Jackson, Diana Ross, Stevie Wonder, Marvin Gaye and The Temptations.

Tickets are available via ATG Tickets

Of course, these are not the only shows you can watch in March, just a selection of what Manchester has to offer. A night out at the theatre will provide the perfect solace from the relentless tirade of Brexit!

Just finished the Frieza Saga, and am now on episode 108 of #DragonballZ.
Love my new #FunkoPopVinyl 😊
Watching my first play since March 2020 tonight. Beyond excited!!! 😁
Working through #DragonballZ, after loving this show when I was a teenager, but only ever catching the odd episode on Toonami.